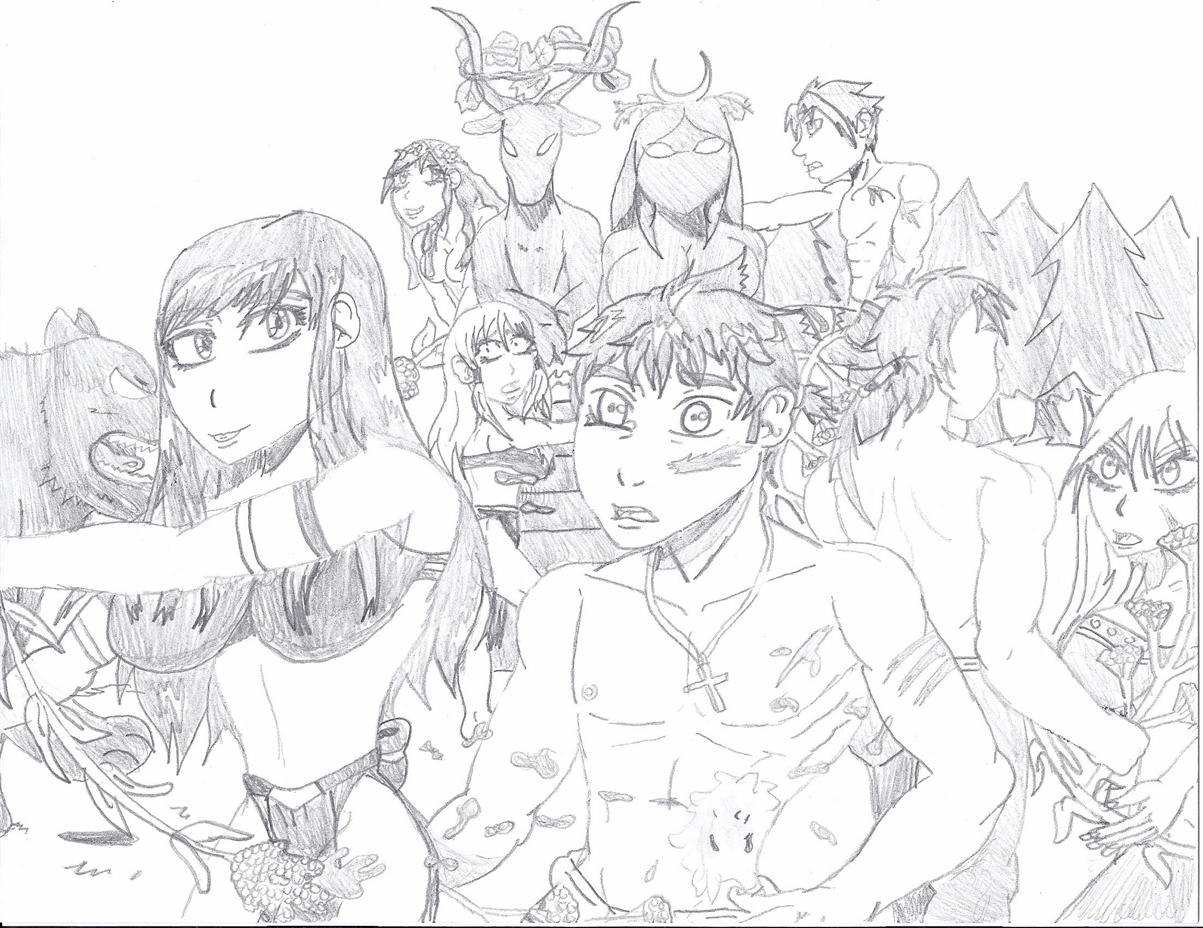 History Lesson:
Towards the end of European Inquisition in the 14th century, the Church had to investigate the Italian countryside which was reported to be filled with streghe (also spelled "strega" for singular, it means "witch" in Italian). Specifically, the Church was looking for groups or cults rather than solitaire strega, the solitaires were predominately left alone. The Church had begun to find many streghe, both men and women, throughout Italy after a large appearance of them. Although the Church believed that witches were associated with the Devil, many of the streghe confessed to being worshipers of Diana, the ancient Etruscan and Roman goddess of the moon. After numerous confessions and trials, one Benedictine monk named Regino of Prum wrote of a group or nightly gathering of the pagan streghe called the Society of Diana.

However, in northeastern Italy was the birthplace of the benandanti. The benandanti, like the streghe, practiced Italian folk magic and witchcraft, but specifically white magic or healing magic. The first contact with a benandanti was in 1575 when a Catholic priest named Don Bartolomeo Sgabarizza in the village of Iassico was told by a miller that a man named Paolo Gaspurotto had given him a charm to help heal his sick son. Sgabarizza, who was interested, spoke with Gaspurotto who revealed himself to be a banandante or "good walker" who was trying to help the child after he had been attacked by evil witches, the streghe. Gaspurotto shared everything about the benandanti with the priest including their rituals and history.

The benandanti were an agricultural based society that was once pagan and had shamans, but they converted to Christianity. On Thursdays between the Ember days, periods of fasting for the Catholic Church, the benandanti claimed their spirits would leave their bodies at night and travel to certain places were they would commune, play, and leap around with each other and some of the animals. However, they would also fight the streghe, whom they called the malandanti, with fennel stalks while the female streghe used sorghum stalks. The benandanti were the earliest example of Christian witches who fought against the pagan witches. Both groups consisted of both male and female members but in the benandanti it was the men who mostly fought and the streghe were believe to have come from matrifocal families.

The streghe and Society of Diana were said to go on nightly journeys with the goddess Diana and Herodias (believed to have been either a corruption of the syncretic goddess Hera Diana or Aradia a Tuscan witch who said she Diana's daughter, note that Aradia's name is believed to have been taken from "Erodiade" the Italian version of Herodias) and rode upon certain beast. The benandanti claimed that they went on these night journeys to meet the streghe, but what they did exactly was never explained. They also went to the Witches' Sabbath where they said they fought the streghe but the Church thought otherwise. Regardless, the Church ignored both groups for awhile as the Protestant Reformation was occurring in central and northern Europe.

In the end, members of both the streghe and benandanti were tried and executed. The streghe was accused of using witchcraft, heresy, renunciation and perverting of Christianity, and occult practices. The benandanti were accused of using witchcraft, heresy, and occult practices yet no renunciation of Christianity which means the Church just truly saw them as heretics and witches only. The benandanti constantly claimed that they were Christian and that they even used the Lord's Prayer in healing spells.

Forgot to add this! Make sure to check out my other comic Demon Witch Prototype: http://demonwitchprototype.the-comic.org/