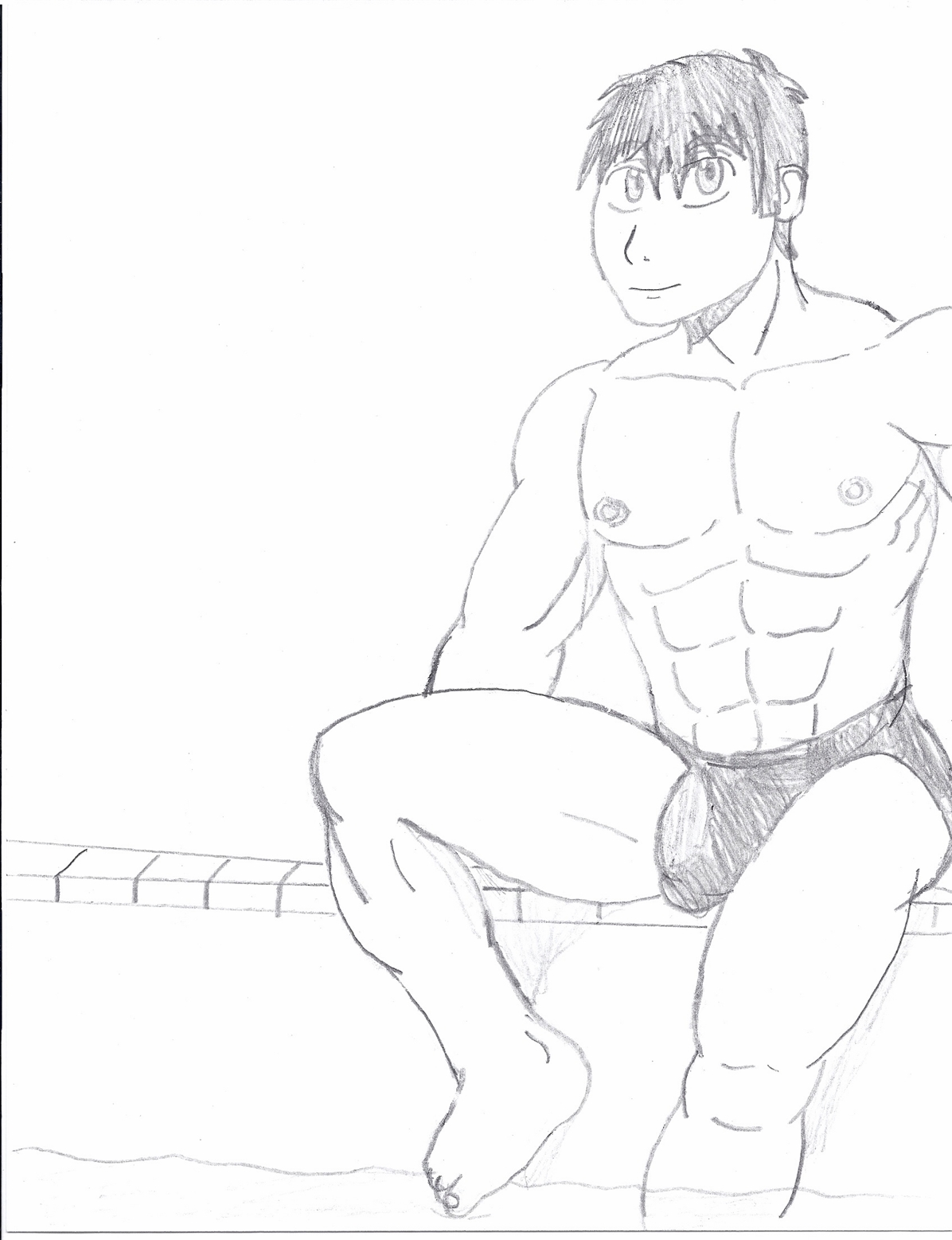 You may not remember but I was originally going to post an explicit yaoi manga on here, i did briefly. It had no story to it so I scrapped it. It's still in existence, but currently it's only on a Japanese website (may add a link later). This guy was set to appear in it. His name's Avery (originally Ayre but I decided to use that name for someone else).

So, here's Avery in a tight speedo by the pool. Quite big isn't he? I leave it to you to decided what I mean by "big".